In agricultural giant Brazil, a growing hazard: The illegal trade in pesticides 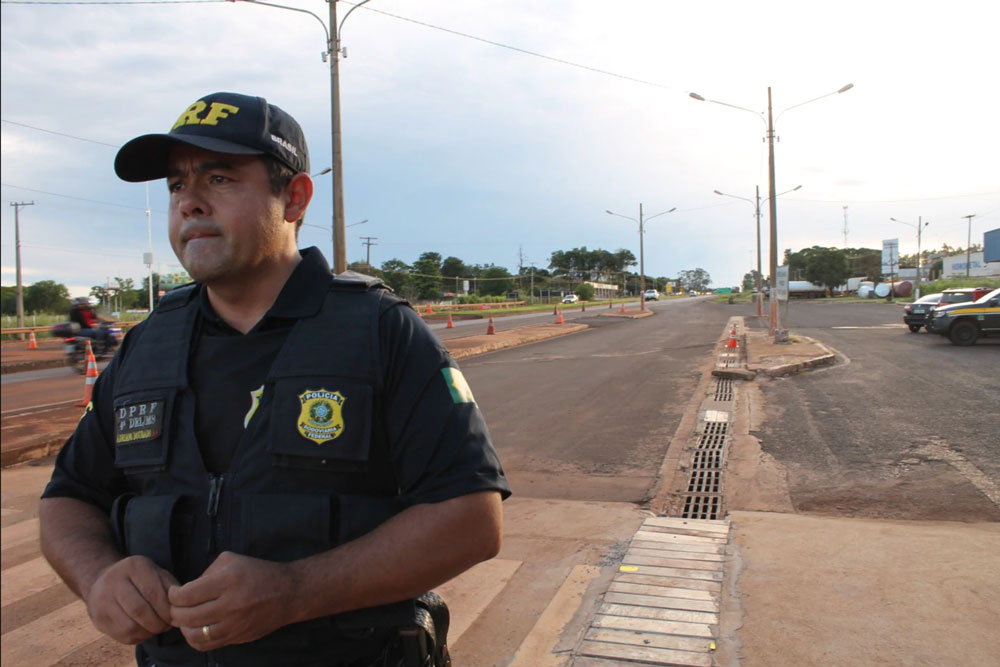 DOURADOS, Brazil — Waldir Brasil could see that the truck driver was terrified. His hands were shaking. His knee was jiggling. Whatever the driver had in the back of his trailer, the highway cop concluded, it wasn't legal.

Along one of Latin America’s most lucrative smuggling routes, where Brazil and Paraguay share an expansive and virtually unpatrolled border, Brasil had seen every illegal good imaginable. But now, another illicit product — one that, until recently, he couldn’t have imagined — was increasingly appearing.

He lifted the tarp covering the truck’s cargo.

“Pesticides,” he said that day last October. Hidden beneath a few sacks of grain were 12,000 pounds of the pesticide emamectin benzoate. With a street value of more than $2 million, the illegal pesticides, produced in China and then smuggled across the Paraguay border, were twice as powerful as what’s allowed in Brazil. The driver had planned to take them 700 miles to the north, police said, where a man known as “Pit Bull” would take the delivery.

Brasil, dismayed by the size and audacity of the shipment, felt as if he were standing at the portal to a massive, unexplored netherworld. And in a way, he was.

Over the past two decades, the trafficking of a product as seemingly banal as pesticides has quietly grown into one of the world’s most lucrative and least understood criminal enterprises. Adulterated in labs and garages, hustled like narcotics, co-opted by gangs and mafias, counterfeit and contraband pesticides are flooding developed and developing countries alike, with environmental and social consequences that are “far from trivial,” the U.N. Environment Program reported last year.

Each year, pesticides poison 3 million people and kill more than 200,000, the World Health Organization estimates, the great majority of them in the developing world. Their excessive use, researchers say, can poison soil, contaminate water sources and devastate ecosystems. All these harms are exacerbated by the illegal, unregulated trade.

“It’s very unknown, and it’s very common. This is big,” said Javier Fernández, a senior official with the agrochemical trade association CropLife. Now, he said, as climate change and increasing demand for food accelerate the need for pesticides, “it’s getting bigger and more violent.” 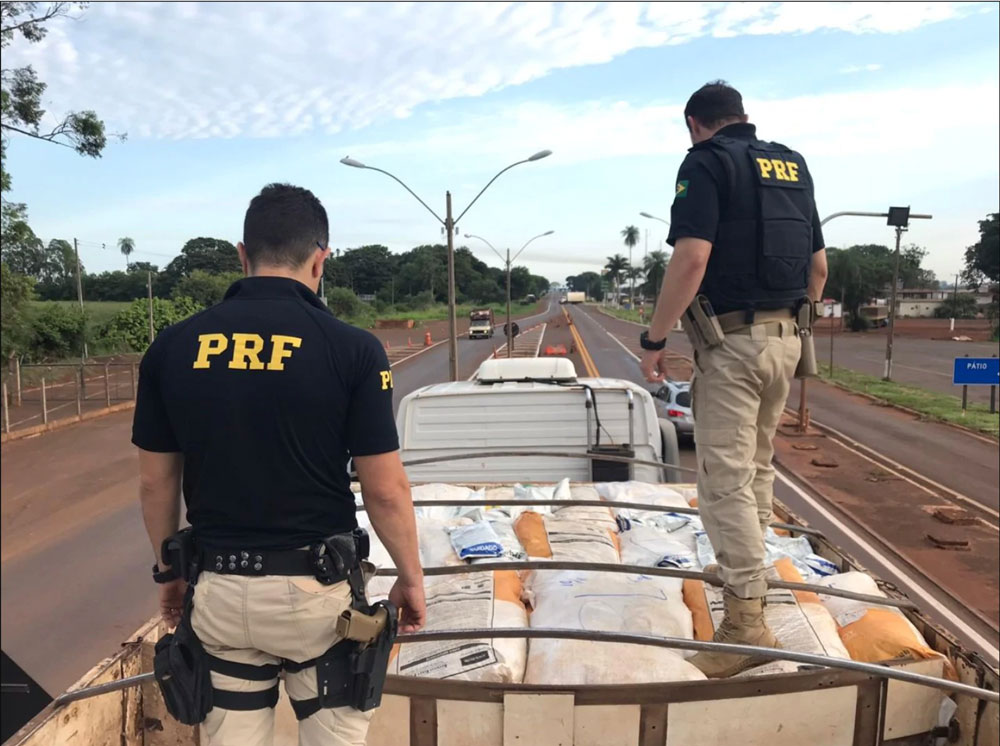 Multinational corporations that sell Brazilian food in the United States say their products are safe. Bunge, a U.S. producer that sources crops here, said its contracts with farmers include clauses that “require the responsible use of pesticides,” and it conducts “chemical analyses on its products to ensure their safety.” Citrosuco, the world’s largest producer of orange juice concentrate, said it trains fruit growers to use only “approved” pesticides. Cargill said it “performs constant monitoring” to guarantee producers “respect social and environmental legislation.”

“There are plenty of ways where the criminal businesses can make the ‘ideal’ mixture of the illicit pesticides,” said Mikhail Malkov, who studies the illegal trade at the U.N. Food and Agriculture Organization. “There are plenty of technologies, starting with sophisticated adulterations and blending, and God knows what they’re putting inside those drums of pesticides.”

Roughly 10 percent of the agrochemical trade — a quickly growing market valued at $220 billion — is believed to be illegal, according to the Organization for Economic Cooperation and Development. The estimate has doubled since 2007.

Some consider even that a vast underestimate. “More likely [it is] quite a bit higher,” said Leon Van der Wal, the organization’s expert on illegal pesticides. In Europe, he said, it’s 14 percent, despite what he called “well-established procedures against and intelligence into the modus operandi of illegal traders.” In Brazil, it’s 20 percent — $2 billion annually.

Sometimes, what separates licit and illicit pesticides is little more than a slip of paper. Regulations change depending on the country: What’s legal here isn’t legal there. The gaps between laws and prices are the spaces where smugglers are thriving — moving products across borders and undercutting the legal market with lower prices.

But other times, there’s nothing legitimate about the chemicals from the start. In Donbas, Ukraine, investigators in late 2017 discovered professionalized workshops pumping out tens of thousands of pounds of counterfeit pesticides. In India, counterfeiters fill genuinely labeled bottles with “substandard ingredients” and then “dump the . . . illegal products in the market,” according to the Federation of Indian Chambers of Commerce and Industry. In the Brazilian interior, illegal producers have bypassed traditional markets by selling their chemicals online.

"This is only going to get worse," Brasil said. 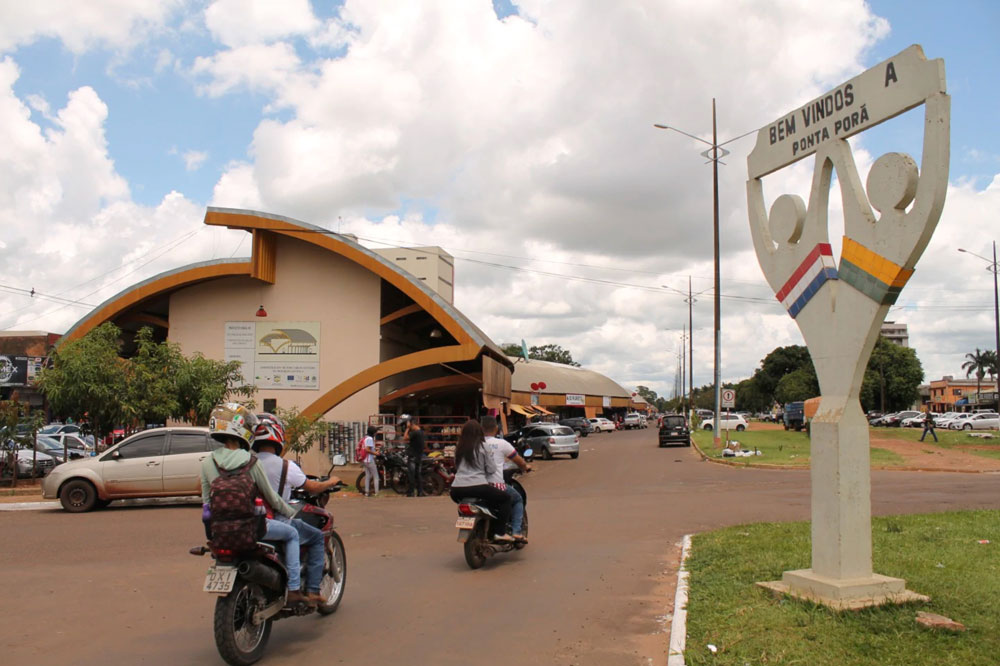 There are few products more important to Brazil than pesticides. As the world’s top producer of soy, oranges and coffee, the country exports about $100 billion in agricultural goods annually — production that analysts say would be halved without agrochemicals. The country today has consequently become the world’s biggest pesticide market, according to Phillips McDougall, the agribusiness intelligence firm. In 2018, the trade here was worth $10.1 billion — more than those of India and China combined.

In the farming regions, the feel of pesticides is everywhere. Billboards advertise them alongside signs for local restaurants. Planes pass overhead, dusting the crops. In some towns, pesticide stores seem to outnumber churches.

“They sell them on every corner here,” said Reginaldo Ferreira de Araújo, a teacher and environmental activist in the northeastern town of Limoeiro do Norte. “The whole city is geared toward the business of pesticides.”

And business will only improve. The inauguration a year ago of President Jair Bolsonaro ushered in a new era of pesticide use in Latin America’s largest country. As his agriculture minister, he appointed Tereza Cristina, from the heartland state of Mato Grosso do Sul, who is known to critics as the “poison muse.” Then his administration greenlighted more pesticides than at any time in the past 14 years.

Top Bolsonaro administration officials, meanwhile, have said little publicly on the illegal trade. Senators discussed increasing criminal penalties for pesticide smuggling in August, but they have yet to take action. The Ministry of Agriculture did not respond to requests for comment. 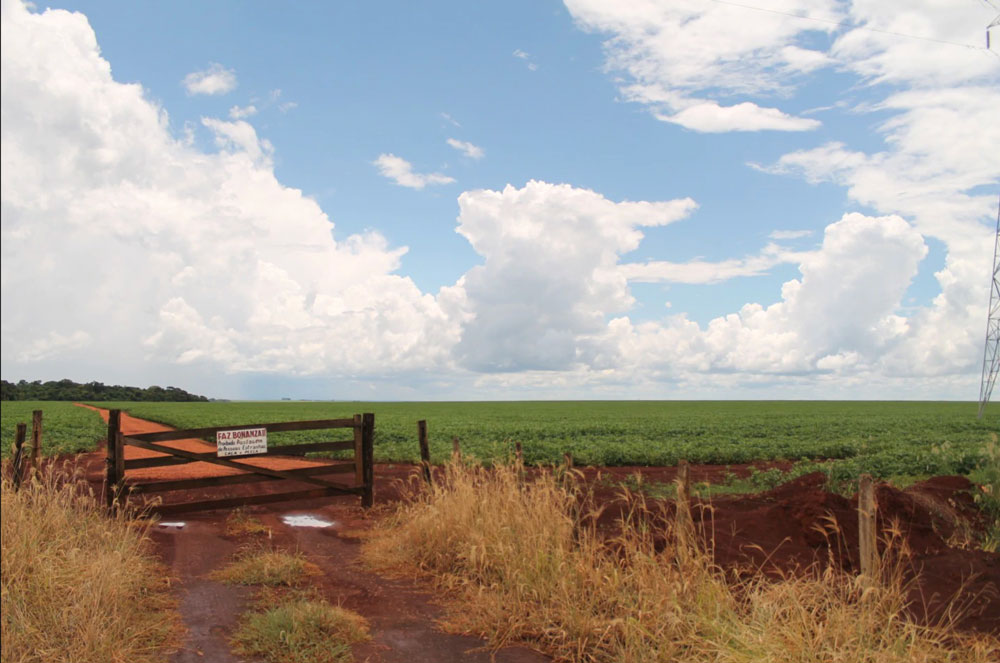 Farmland in Mato Grosso do Sul near Dourados. Brazil is one of the world’s largest producers of agricultural goods — and one of the largest consumers of pesticides. (Terrence McCoy/The Washington Post)

Some days, it feels to Fernández as if no one is paying attention. For five years, the CropLife official has received a monthly roundup of news reports that mention illegal pesticides. At first, the reports were only two or three links.

“Now, it’s five or six pages’ worth of links,” he said. “Pages and pages and pages. And now, violence is one of the trends I’ve been seeing.”

Hooded and armed robbers were storming farms across the country, hunting not for money or drugs, but for pesticides. In November, gunmen took three people hostage at one farm and made off with $50,000 worth of agrochemicals. In September, an armed group took 80 hostages and tore through everything in the search for pesticides.

Along the border with Paraguay, where customs enforcement ranges from lax to nonexistent, matters looked even more perilous. Police in Parana state were finding cars stuffed with illegal pesticides. And in neighboring Mato Grosso do Sul, where the weight of seized pesticides doubled in 2019, police and prosecutors were increasingly complaining about a situation veering out of control.

“When you consider all of the factors, this is more lucrative than drugs,” said Ricardo Rotunno, a state prosecutor in the city of Dourados, Mato Grosso do Sul, near the Paraguay border. He thinks the industry in Brazil is worth perhaps as much as $3 billion.

“Brazil has to open its eyes to this new reality,” he said.

As president of a nongovernmental organization focused on frontier development, he traveled up and down the border over the past two years and spoke with dozens of law enforcement officials. Soon, he was piecing together pesticide smuggling routes coursing through South America. The map he produced, presented to lawmakers last year, looks like numerous tributaries converging into a single torrent, then branching out again.

The rush tightens through a 300-mile stretch of the Brazil-Paraguay border, where most of the pesticides stream through porous checkpoints. “It’s something that’s very difficult to control,” Stremel said. “There isn’t enough surveillance.”

In some border towns, it’s less a problem of too little surveillance than of no surveillance at all. One of the least-patrolled parts of the frontier is the town of Ponta Porã. No border crossing separates it from Pedro Juan Caballero in Paraguay. Nor is there any wall, fence, barrier — anything. The communities blend seamlessly, with little indication of which country is which, save the language spoken.

One Interpol investigator, who spoke on the condition of anonymity out of fear for his life, arrived here three years ago. He found a deadly border town pervaded by powerful Brazilian gangs at war over smuggling routes. They ran guns, drugs, cigarettes — everything the agent had expected.

But early last year, he said, an informant approached him with details of a trade he had never heard of before. A new gang — the “pesticides mafia,” as it is called locally — was pushing pesticides, and only pesticides, and making “enormous” money.

The agent said he soon uncovered a syndicate not only smuggling but also producing its own pesticides in the border town. Just five liters of its brew, he said, could go for $800.

But he despaired of the smugglers’ ever being arrested. His Interpol office didn’t have the resources to investigate further. Local authorities barely knew a problem existed: “I don’t know much about this,” Juan Carlos Amarilla Rojas, the top Paraguayan customs official here, told The Washington Post.

And the smugglers were too “discreet,” the Interpol agent said.

Indeed, three pesticide traffickers in the border town who were contacted by The Post declined to comment on their trade. Not because they feared the police, they said, but because they didn’t want to alert potential competitors to how much money they were making.

Even if they were arrested, law enforcement officials said, it would make little difference. The maximum sentence for pesticide trafficking in Brazil is less than four years — one-fourth that for smuggling drugs — providing insufficient deterrent.

“This is a silent crime,” Stremel said. “Like it didn’t happen.”