An agreement signed between the organizations will promote regional agricultural sustainability by providing biotechnology and biosecurity training to producers and other groups. 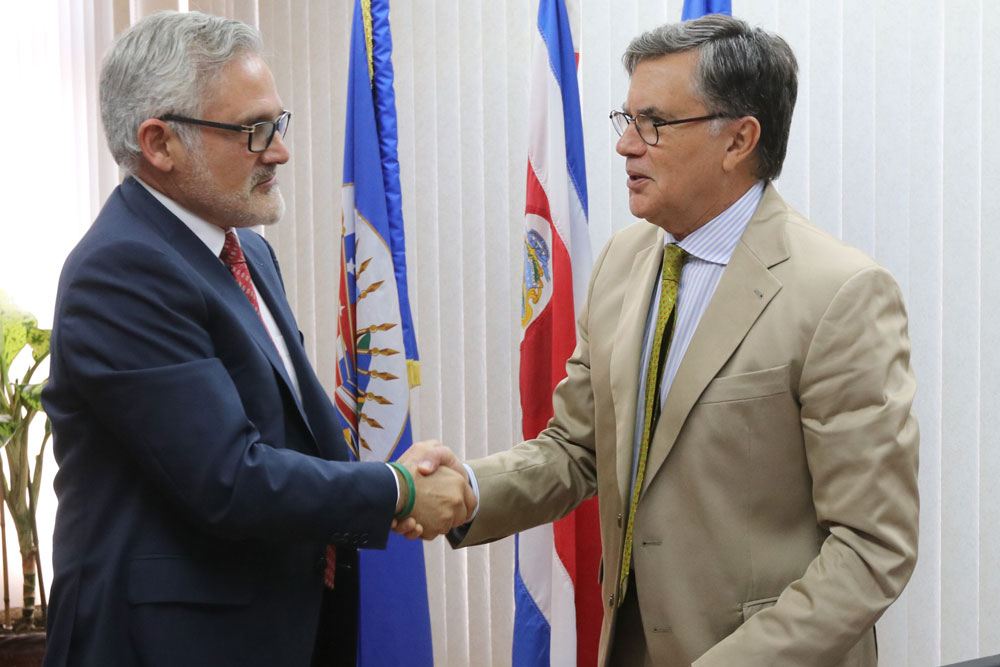 San Jose, 20 February 2020 (IICA). – The promotion of good agricultural practices and responsible biotechnology use in Latin America and the Caribbean are the focus of a joint work agreement that was renewed by the Inter-American Institute for Cooperation on Agriculture (IICA) and CropLife Latin America this week.

The four-year agreement, signed by IICA’s Director General, Manuel Otero, and the Executive President of CropLife Latin America, José Perdomo, aims to foster the productivity and sustainability of agroproduction systems in the region and the exchange of scientifically valid information in the areas of biotechnology and biosecurity.

It will also facilitate the development of educational content and training in these areas for producers, trade associations, government employees, academia and non-governmental organizations.

Director General of IICA, Manuel Otero explained that, “IICA is promoting decision making based on the application of biotechnology and incorporation of science-based biosecurity measures in agriculture, and is therefore supporting the countries of Latin America and the Caribbean in developing technical and institutional capacities in these areas, in partnership with value-adding organizations, such as CropLife”.

“Latin America and the Caribbean play a pivotal role in global food security’, said José Perdomo, Executive President of CropLife Latin America. The adoption and responsible use of agrotechnology are instrumental in our drive for greater agricultural sustainability and the achievement of the Sustainable Development Goals. This agreement will allow us to continue our efforts to provide training in good agricultural practices and responsible biotechnology use”.

The agreement also includes the design of cooperation instruments such as online and face-to-face seminars, workshops, forums, technical visits, the promotion of experiences to transfer agricultural best practices and participation in international forums.

Remarks by José Perdomo on the signing of the agreement (Spanish only):

CropLife Latin America is a non-profit organization, comprising a network of the five leading companies in the agricultural inputs sector and of associations (chambers) in eighteen countries in Latin America.

It represents the plant science industry, which researches, develops and sells agrochemical and biotechnology products, in addition to services, which assist in boosting the productivity and agricultural competitiveness of Latin America. Its main office for the region is in Costa Rica.

IICA is the specialized agency for agriculture in the Inter-American system, with a mission to encourage, promote and support its 34 Member States in their efforts to achieve agricultural development and rural well-being through international technical cooperation of excellence.