The main enemy of the Grape

The Grapevine Moth appeared in South America in 2008. It was detected in Chile and Argentina where it attacked at least 30% of the area in production. Since then, phytosanitary authorities and growers have implemented strict control and monitoring programs.

All forms of combating Lobesia Botrana are acceptable, although the most effective has been a strategy that combines the use of a pheromone that causes sexual confusion and insecticides.

Although it is a manageable pest today, we cannot let our guard down. The cost associated with managing and controlling the pest in order to avoid losing more than 40% of the crop is estimated to be USD$ 300-400 per hectare each season.

In 2011 Argentina declared a “phytosanitary emergency” in order to keep the Grapevine Moth from spreading from Mendoza to Patagonia. In addition to direct damage, this pest causes indirect damage related to the restriction and even the closing of some markets, as well as regulations and quarantine treatments.

It Is a butterfly or moth (lepidoptera) from the Tortricidae family. The larvae live in the bunches, joining the buds with silk strings and forming cocoons on the leaves and bark. The moth feeds mainly on the grapevine; making it an important pest anywhere grapevines are grown.

Depending on the climatic conditions, it can have two to four generations each year, and just like other moths, it is active at twilight. In regions where the pest is present, the first generation of the season attacks the flowers clusters (inflorescence). Later generations, which depending on the region can be two or three more, cause damage to the growing grapes.

In South America, the pest did not appear until 2008 when the Agriculture and Livestock Service of Chile (SAG) announced its presence. According to information from SAG, it is mainly distributed in the Metropolitana, O’Higgins and Maule regions, which correspond latitudinally with the provinces of San Juan and Mendoza in Argentina. 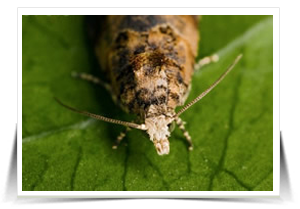 ¿What symptoms does an infected crop present?

It only attacks the bunches. In the pre-flowering period (elongation of the bunch), the larva webs and feeds on the flower clusters. Post-fructification, the larva perforates the berry and feeds on the interior contents. During pre-ripening and pre-harvest, the perforation is greater and dehydration is observed as well as rotting caused by the fungus of the genus Botryti.

The most visible symptoms are twisted leaves, fruits and flowers joined by silk string, pupae in leaves or bark, and rotting fruit.

The pest causes a loss of quality in table grapes and in wine grapes it can leave fungal residues that cause odors and flavors in the wine, as well as technical problems with clarification.

¿What biological, physical and environmental factors facilitate the propagation of this pest?

The pest’s main mode of dispersion is via the transport of infested fruit. Dispersion to pest-free regions has been confirmed through tutors, infested plants that have been removed, or even harvest equipment and harvest materials (boxes, bins, etc.).

The dispersion of adults is not as problematic because they usually do not fly over distances greater than 80 meters. Grapevines that are isolated and outside the productive units (in particular cases, for example) represent an important source of infestation and subsequent dispersion of the pest. 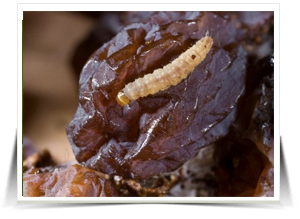 ¿What preventative measures can be taken in order to avoid this pest?

It is also important to properly disinfect the fruit, stakes, machinery or harvest equipment and other materials that have come from a region where the pest is present.

¿What control mechanisms exist to control the appearance of the pest and/or eradicate it from the crop? (Cultural, Mechanical and Chemical Control)


The most effective method of control is through the technique of sexual confusion complemented with a program of insecticide applications for each generation.

As a cultural control method, the removal of bunches that remain in place after harvest is especially important. In extreme situations of high infestation and as a way to eradicate the pest, it is possible to remove the loose bark from the plants (debark) in the winter in order to reduce the population of hibernating pupae and complement this later with an application of insecticide directed at the trunk and branches of the plant.

The removed bark must be taken care of by destroying it or incorporating it, otherwise the pupae might remain exposed.

¿What innovations and technologies has the industry developed to protect crops from this pest?

The Crop Science Industry has developed different technologies in products that are more and more effective at controlling the Grapevine Moth or Lobesia Botrana. Depending on the cycle or generation that the pest is in, crop protection technologies offer diverse innovations that:

Given that the control of the moths is essentially preventative, products that have a persistence of at least 12 days should be used. It is important to use a good application technique so that the product is able to reach and impregnate the bunches, which is what needs to be protected.

When the bunch is very closed and/or the trunk is mostly covered with leaves, dusting treatments are more efficient since the dust can disperse widely. In these cases, it is necessary to keep in mind that the persistence of powder formulations is less than that of formulations applied via wet spraying. 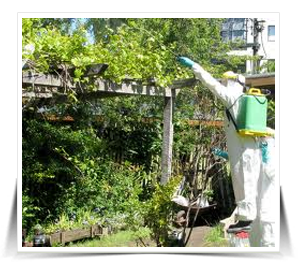 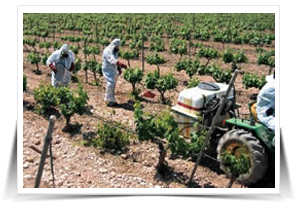