What do you know about agrobiotechnology?

Biotechnology is any application that uses living organisms to obtain goods, products or services based on human beings. Since ancient times, humans have carried out biotechnological processes such as fermentation, which have resulted in products such as wine, bread, and beer.

Over the years, biotechnology has been transformed, resulting in two types that are available today: traditional and modern. Traditional biotechnology was defined in 1919 by Karl Ereky – a Hungarian agricultural engineer – as “the science of methods that allow obtaining products from raw materials through the intervention of living organisms.” Later, in 1992, the Convention on Biological Diversity (Rio Convention), provided an internationally acknowledged definition as “any technological application that uses biological systems, living organisms or some of their derivatives to create or modify products or processes for specific uses.”

Recommended article: Biotechnology for a Central America with Hunger, Drought and Food Crisis

For its part, modern biotechnology was founded with the discovery of the structure of DNA in 1953 and was consolidated in the 70s with the arrival of genetic engineering. Advances in this discipline allowed the transfer of genes from one organism to another to introduce specific characteristics. This process was also defined internationally by the Convention on Biological Diversity, through a protocol, such as the application of:

Biotechnology can also be classified by its application:

Agricultural biotechnology, or green biotechnology, has allowed the improvement of crops through genetic engineering techniques. These types of crops, also referred to as genetically modified or transgenic, are based on 13-15 years of research and an investment of over $ 136 million. Therefore, they comply with rigorous tests relating to human, animal and environmental safety.

The main characteristics of the biotechnological crops currently on the market are tolerance to insects and herbicides in crops such as soybean, cotton, corn, and canola; tolerance to water stress (drought) in corn and soybeans; color modification in carnations and roses; and resistance to viruses in papaya and beans.

It is expected that in the next 10 years, biotechnological seeds currently in the process of research and development will be released to the market and will be useful in the combating climate change, including corn, soybean, cotton and rice that make better use of nitrogen, tolerate droughts and provide higher yields. 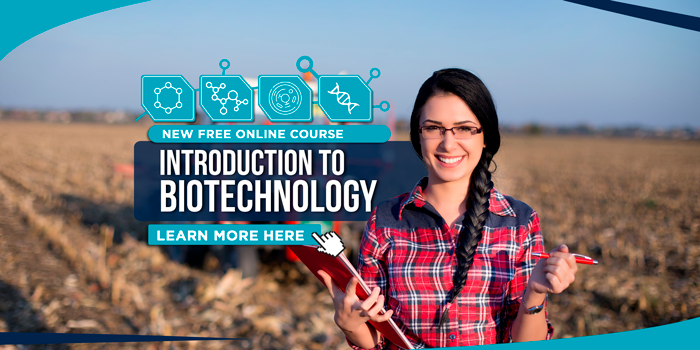 Biotechnological or genetically modified crops have benefited farmers and consumers throughout their implementation since 1996:

In 2017, the area of genetically modified crops increased by almost five million hectares as a consequence of the increase in profits due to the high prices of raw materials, increased demand of markets, both local and international, and the availability of seed technologies. Much of this adoption occurs in developing countries such as Brazil, Bolivia, Mexico, Colombia, Honduras, India, Pakistan, Sudan, Vietnam, and Bangladesh, which contribute with 53 percent of the area of genetically modified crops worldwide.

Graham Brookes, director of PG Economics and co-author of the article on the socioeconomic and environmental effects, points out that “for more than 20 years and as of today, we have seen how the adoption of biotech-modified crops in developing countries has helped them obtain higher yields, safer products and higher incomes, which helps to reduce poverty, hunger and malnutrition in some areas of the planet most prone to suffering such problems.”

Between 1996 and 2016, PG Economics reported that $ 186.1 billion in profits were made from genetically modified crops by roughly 17 million farmers, many of whom were women or small farmers responsible for the sole sustenance of their families and communities.